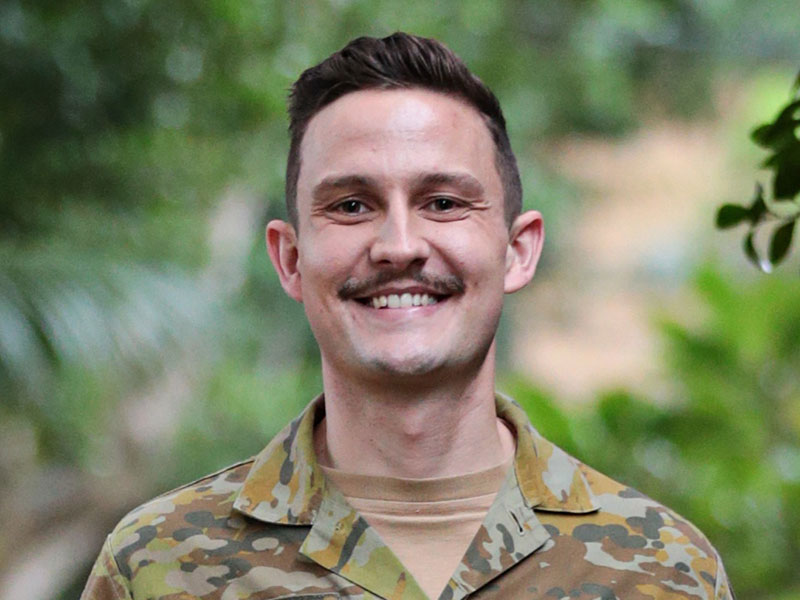 CAPT Hoovey joined us on 26th August, 2021 as a DRA guest speaker. He is self-proclaimed “One Nut, Half a Gut,”. He founded 25 STAY ALIVE to encourage young people to be proactive with their health. He says “Yes, you can face multiple life-threatening diseases and still share your story with grace and humour in order to help others.”

CAPT Toovey is a 29 year-old Army Captain, Founder of 25 STAY ALIVE, and a survivor. If you didn’t know CAPT Toovey, you would assume that he was your typical everyday young Australian. And yes, from the outside, he appears to be exactly that. However, the last 7 years of his life has been everything but normal. He is missing a testicle, part of his reproductive system, all of his abdominal lymph nodes, his appendix, his large bowel and his rectum. He also lives with a j-pouch, has had over 10 abdominal surgeries, 4 months of chemotherapy, 6 months of immunotherapy, and has had ongoing battles with mental illness.

When CAPT Toovey is not working as the Command Welfare Officer at Headquarters Forces Command in Sydney, he spends his time travelling around Australia sharing his story. CAPT Toovey is also an Ambassador for multiple charities, and he hosts a mental health podcast called Behind The Uniform.

“Life is precious, so don’t take it for granted.” – CAPT Toovey