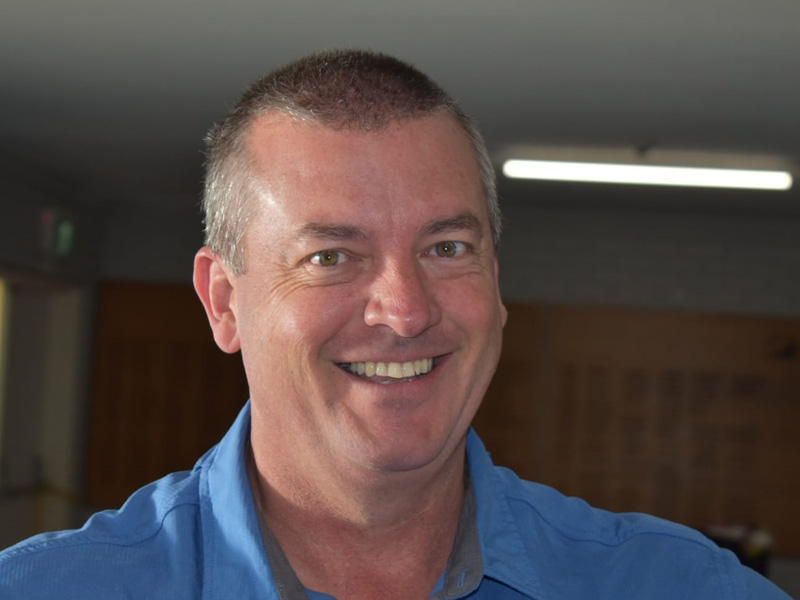 I signed up to DRA because of my wife, she joined up first and it sounded like a good thing to do so I felt like I could have something to offer as well. Once I started deploying I found that the team had great camaraderie and that gave me the ability to feel at home. My first deployment had Nick Backe- Hanson as the MC. There were a lot of us that were all new to roles within the IMT for the first time which was a challenge. Everybody got on really well, it was a fantastic group, and I felt really comfortable. That made me comfortable enough that I wanted to come back and do it again.

I have been MC twice now, at Op Woods and now at Op Elliot. The most challenging thing about being an MC is to try and keep the external problems and issues away from the group so that they can do what they do best and go out and help the community without having to worry about all the higher-level stuff.

As an organisation, I think that it is great that we all support each other. I also think it’s a wonderful thing that we say ‘The Ode’ every night. I don’t have a military background but had a Grandfather who served in World War Two and every time we say The Ode it makes me think of him. The lightbulb moments are a great way to wrap the day up as well.

I think that in five years I will probably still be doing what I am doing with DRA. I love the idea of getting out on the tools more, but I also like doing things like the MC role and I love being the Brisbane DRT manager. It is good to be involved in the process of how to make the teams bigger and better, and push the DRA values through in everything that we do. It is a good feeling to be able to mentor new recruits as they come through.

‘At the end of the day I will just keep doing whatever needs to be done.’

DRA has grown so much in the last few years, and so much has changed. By becoming DRA we have some Australian sense of ownership now. We are putting our own stamp on things. Even though the core values are still the same. So I think moving forward I’ll just continue doing what I’m doing and go with the flow.