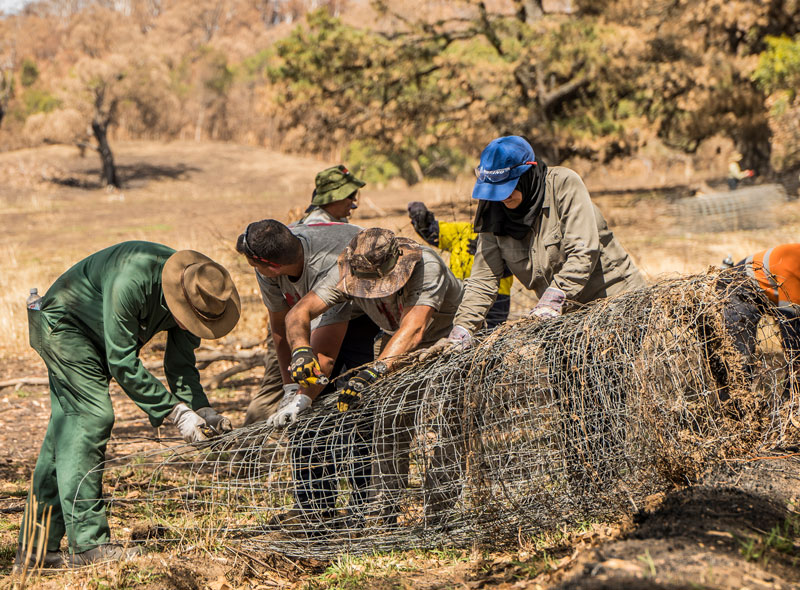 In December 2019, devastating bushfires ripped through the Adelaide Hills, destroying 86 houses and damaging around 160 more as well as burning through hundreds of hectares of farmland and vineyards.

Following these unprecedented Black Summer bushfires, Disaster Relief Australia (DRA), initiated dozens of operations around the country to help clean up after the devastation and get communities back on their feet. DRA’s Operation Hannaford in the Adelaide Hills lasted for several weeks from mid-January 2020.

Among the dozens of volunteers who took part in Operation Hannaford were four Afghans. They’d had no prior involvement with DRA, they weren’t veterans or first-responders, they were simply refugees who felt it was their duty to help the country that had welcomed them.

One of these was Fatema Hassani. She and her family fled Afghanistan when she was five. Fatema spent much of her life in Pakistan until she and her daughters joined her husband in Adelaide. She is currently training to become a bus operator.

Though she wasn’t directly affected by the bushfires, Fatema says she was very upset by what she saw on the news and looked into becoming a firefighter. The South Australian Fire Service then put her in touch with DRA. As part of Operation Hannaford, she worked three or four days a week in the Cuddlee Creek area helping to clear debris from fire-damaged properties and rebuild fences for surviving livestock.

‘The local people were very happy with our work,’ Fatema says. ‘They did not expect that we would get so much done in so short a time. The important thing for me was the smiles and happiness from the residents.’

She felt very welcome and appreciated by her fellow DRA volunteers.

‘I was the only Afghan lady, but everyone was very friendly. It was like working with my own brothers and sisters.’

She also enjoyed talking to those volunteers who had served in Afghanistan with the Australian Defence Force (ADF). Given Fatema hadn’t lived in Afghanistan since she was a child, some of the ex-soldiers was able to update her on what was going on there, even using a few words of Dari – Afghan’s most widely used language. 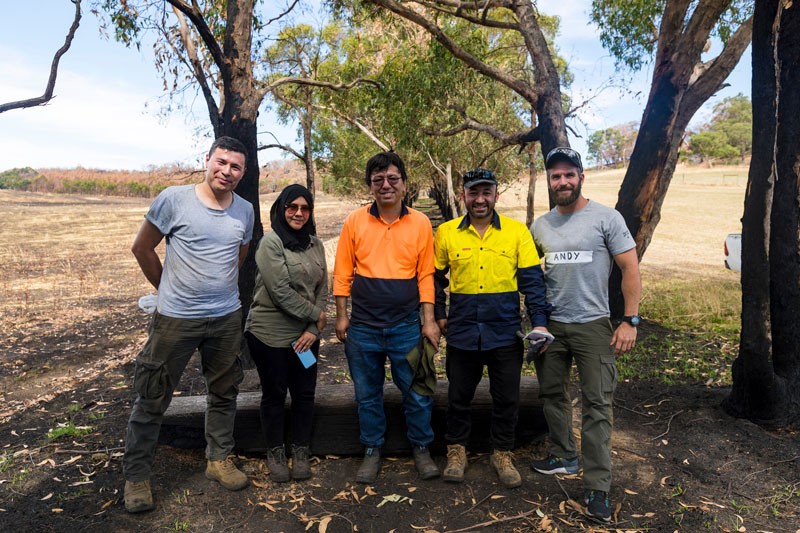 Image: The four Afghans who volunteered for Operation Hannaford, including Fatema Hassani (second from left) and Abdula Azimi (second from right), along with DRA public relations officer, Andy Young.

A fellow Afghan who took part in Operation Hannaford was 36-year-old Abdula Azimi. He fled Afghanistan 13 years ago and settled in Adelaide with his wife and four children after a spell in Western Australia.

A welder and tiler, he feels very welcomed by the Australian community, just as Fatema does.

His reason for getting involved was the same as hers.

‘Australia saved my life and my children’s lives,’ he says. ‘I should do something for Australia. Australians are like my family.’

Andy Young is a public relations officer with DRA. He worked with the Afghans taking part in Hannaford.

‘They’re such lovely people,’ he says. ‘When Abdula saw on the news that the Red Cross were saying a family had lost their car in the fires, he contacted the Red Cross and offered to donate his own Mazda 6.’

‘How good is it that we can work alongside Afghans who’ve sought refuge in Australia and are willing to get out and demonstrate their support for this country. Every one of them I spoke to said how appreciative they are of this entirely new life and how they want to give back to the community.’

Following the end of the war in Afghanistan, DRA is making more of an effort to connect with Afghan communities across Australia and invite them to get involved.

Andy is enthusiastic. ‘Engaging with them like that has a dual-benefit – for us as veterans of Afghanistan, and for the Afghans. DRA provides a community for volunteers, it gives you a sense of purpose, it gives you camaraderie. Working alongside Afghans who are now living meaningful lives here in Australia makes you realise there was a benefit from our deployment to Afghanistan, and that the 20 years Australia was there wasn’t wasted.’

Geoff Evans, CEO of DRA, takes the same view. He was in the Army for 19 years, many of those as a Commando, and did two tours of Afghanistan where he was wounded in action.

‘Afghanistan holds bitter-sweet memories for me,’ he says. ‘I was privileged to lead Australian soldiers in combat and help the people of Afghanistan, but we lost two mates there – it can be hard to reconcile.

‘Veterans who deploy with DRA find that sense of purpose and belonging they miss when they leave the ADF. But that is also true for our Afghan friends. I think with the fall of Afghanistan there is an additional obligation on us to extend our services to the refugees who have been forced to flee more recently. Who better to help them integrate than those they served beside?’