Disaster Relief Australia (DRA) responded in the community of Rosedale left devastated by bushfires in 2019. Many residents lost houses, sheds, stables, fences, stock and the clean up efforts are ongoing.

There are stories that pull on your heart strings and bring you back to earth with an admiration of humanity. Aaron Nimmo is a wonderful human being who we could sit and listen to all day.

Aaron moved to Deepwater after he finished with AQIS in a Quarantine Officers role. He bought the 60 acre property 10 years ago and moved out here to “get away” from everyone. “I like the isolation mostly, sometimes it is hard, but it is okay”. The property is longer than it is wide and the Pearson Creek runs through the back of the property. 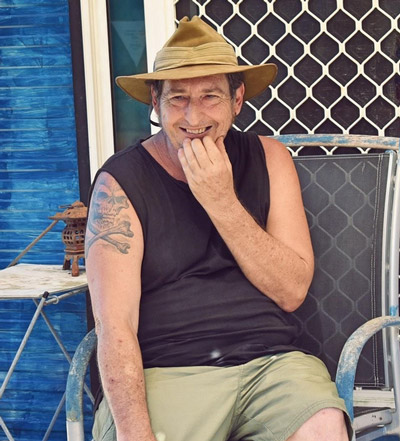 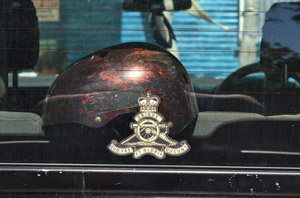 Aaron was born in Brisbane and grew up there studying his love of science particularly biology. Aaron joined the Army when he was 19 and loved what he did. He started in the 5/11 Field Regiment ARES and was in this Regiment for 3 years before it was disbanded at the beginning of the RediReserves. He moved to 1 Field Regiment as a Driver – Transport NCO. During this time with this regiment, he was promoted to Lance Bombardier.Although he re ally enjoyed Army life, Aaron was not sure if all this training with the Army was for him and eventually discharged.

He took up a position with the DPI for contracted Fruit Fly work and then as a Quarantine Officer with AQIS. He has worked at the Airport, wharves and in the postal area. After a panic attack one night he ended his time with AQIS and started his journey to the property where he lives now. His Mum and Dad live in Gatton and he has not been able to see them for most of this year given covid and being a distance away from them. He misses them and his friends dearly and although he understands, he still finds this difficult and feels isolated in the area.

Upon first moving to the property, he had a makeshift tent area and then moved into a caravan with a solid metal annex and a shed. Aaron was very happy here and was planning to build his dream home.

Unfortunately this was not to be the case as the bushfire of November 2018 ripped through his property and destroyed his home. He says “it was a frightening nightmare. I am pretty much lucky to be here”. Not on social media, Aaron did not know about the warnings issued through the day. He woke up to smoke and thinking is was just burn off went back to sleep. A neighbor called to warn of the seriousness so he grabbed some items and headed to the front of the property.

The fire was literally on the other side of the road and the smoke like a brick wall. It was difficult to breathe. He couldn’t see anything and there were hot embers flying around and landing on him. On the drive up the road, he had to look out the drivers window to see the white lines so that he could at least have some idea where to go.

He rounded the corner, saw the smoke cleared and felt greatly relieved. The firies waved him past quickly as the fire was creeping up fast. Aaron says although this was devastating for him, he is grateful for the firies and water bombing planes that saved the rest of his property. He returned to the property a week and half later and and when he did return it was a completely deflating experience. Although attempting to remain in good spirits, he lost a lot of important possessions and is still dealing with this.

The biggest impact for Aaron after the fires was the TRA team (Disaster Relief Australia was formerly called Team Rubicon) who came to check in. It was a big deal for him as he said the people who came out were people he could relate to. He is grateful that our Op McLeod team came to visit him as he was feeling depressed and defeated at the time.

Aaron has struggled significantly with depression, panic attacks and PTSD. He was clearly emotional about us being at the property and sharing time with him, not just doing the work but just spending time talking, listening and being with him. He says loneliness is the hardest thing and the isolation can become overwhelming.

The Operation Dexter strike team was able to complete some tasks around the property that have lifted his spirits. Aaron now feels happy and grateful. 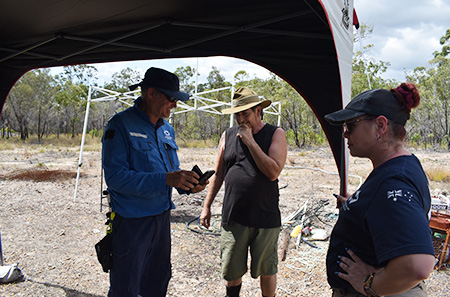 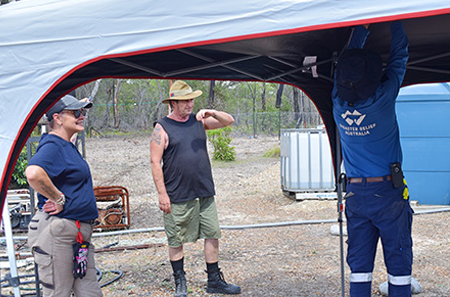