Our People Are What it’s All About – Nick Backe-Hansen – Veteran, Current AFP 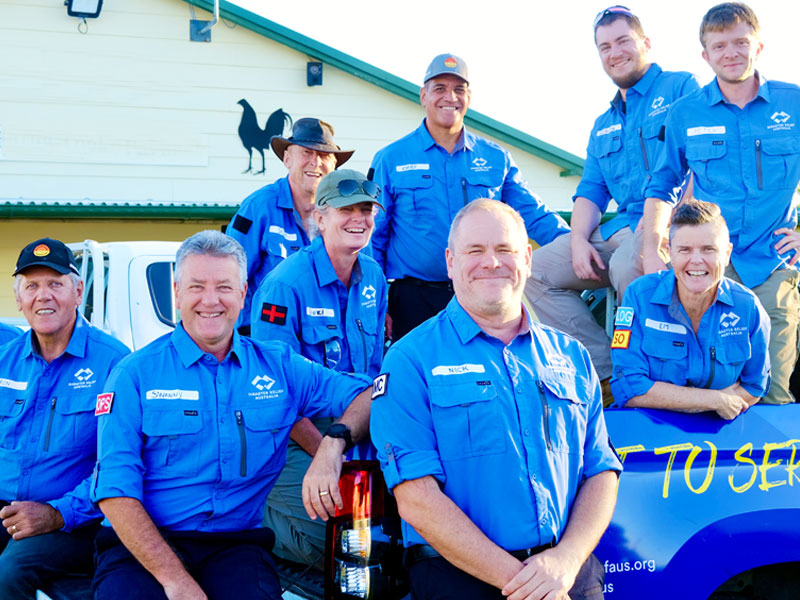 I first heard about DRA 3 years ago. Dean West and I worked together in the 5th/7th Battalion at Holsworthy in the 90’s. Opportunities for me at work had all but dried up and coincidentally I saw through Facebook that Westy was in the Virgin Islands, building a school in an area that had been devastated by some sort of disaster. Within 48 hours I had signed up to DRA.

Wave three Op Elliott is my 11th deployment and what makes me keep on coming back is connecting with like minded people, helping out those that are impacted by natural disasters and having the ability to make sure that the teams are having a good time and helping them achieve their goals.

My first few deployments were in the public relations role. Part of the role back then was to observe the psychological position of a resident to identify a potential mechanism of psychological assistance and referral. If I felt that one of our team needed support or someone to talk to,  I would speak up and highlight the issue with the appropriate avenues. Being a PRO back then was a tough job, not in a physical sense but I  was doing 18 hour days and you always had to be alert mentally, which can be draining.

I’ve come to really understand there exists a kind of nexus between us, as a small embedded team in a damaged area, and the community. There is a unique personal connection that we can bring to them as Blue Shirts that  is more difficult for larger organisations to achieve.

After that I was offered the position of a Mission Commander (MC) on Operations and have stayed in that role since. I really like the MC role, it isn’t that I like being in charge or am power hungry, I don’t see the role that way.  I just turn up and have a conversation, and people listen and follow me which is  my way of getting things done.

Part of that is getting people to work with each other and get along together. I like to make sure that everyone has a good time, lots of laughter and that at all levels we can not only do the work, but walk away having enjoyed it at the same time.

Hopefully in five years time I will be doing the same thing within DRA, being out on Ops with the teams as MC.  I like to think that people on my waves respond to my style of leadership, feeling relaxed, and I make sure everyone can feel included and laugh together.

I like to be the guy that people can count on, and to take them as far out of their pain that I can on their worst day. To be the person that when I turn up there is a feeling that everything is gonna be okay.

In these deployed environments our people are what it is all about. It is about them and their experiences, it isn’t about me.