Peta Pinson is the first woman elected to the role of Mayor in the region of Port Macquarie-Hastings, NSW. For her first term in office, she has witnessed two fires, an ongoing pandemic and is now overseeing the recovery of her community after the devastating one-in-a-100-year floods of March 2021. 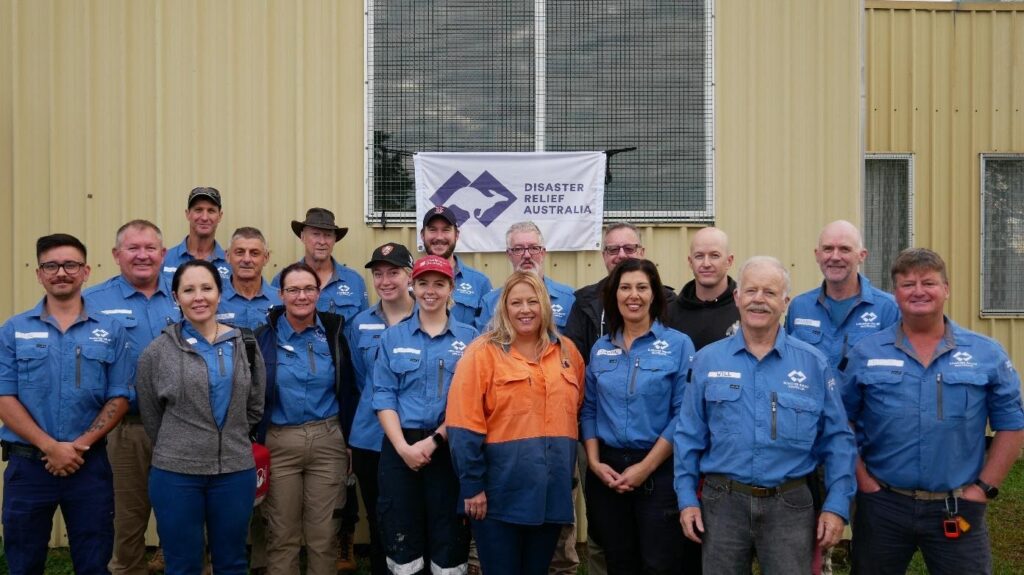 Mayor Pinson dedicated an entire day to volunteer with Disaster Relief Australia. She wanted to see firsthand the work of DRA in her flood-impacted community. Mayor Pinson arrived at the Wauchope Showgrounds for the morning brief and instantly bonded with the teams. Arriving at the Smith’s family home on a 320-acre beef farm in Lower Pappinbarra it was all hands on deck to clear flood debris piled high along fences, trees and sheds. 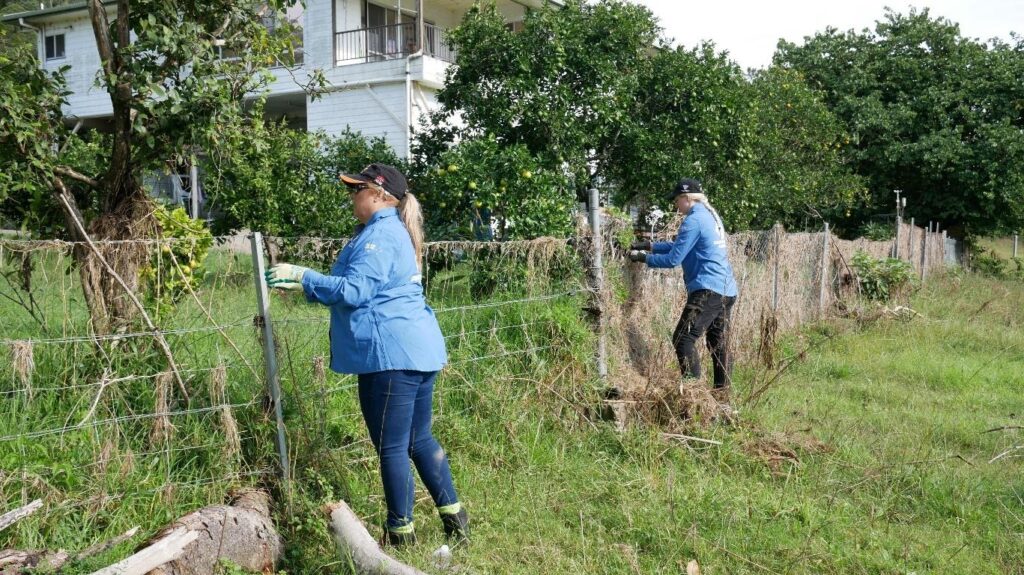 The Mayor worked alongside DRA volunteers to bring the Smith family some relief from the constant reminders of flood debris strewn across their property. She noted “The difference that I saw made in just the one day I’ve been with DRA, it put me in the driver seat, gives me an insight into the hard and vital work that they do. This is the absolute truth, the entire DRA team, their generosity and what they’ve brought to the Port Macquarie Hastings region through what has been one of the biggest crises that our region has faced, I am in absolute awe. I cannot stress how important it is for our community to continue assisting the families in the Valley and Lower Pappinbarra.”

Industrial-sized cable fencing and metal poles only installed weeks before the floods had washed up along the riverbank over 300 metres. Property owner Heather remarked the repairing the vital farm infrastructure would have taken ‘weekends’ and ‘weekends’ worth of work. It was completed with the DRA teams and Mayor Pinson in under two hours. 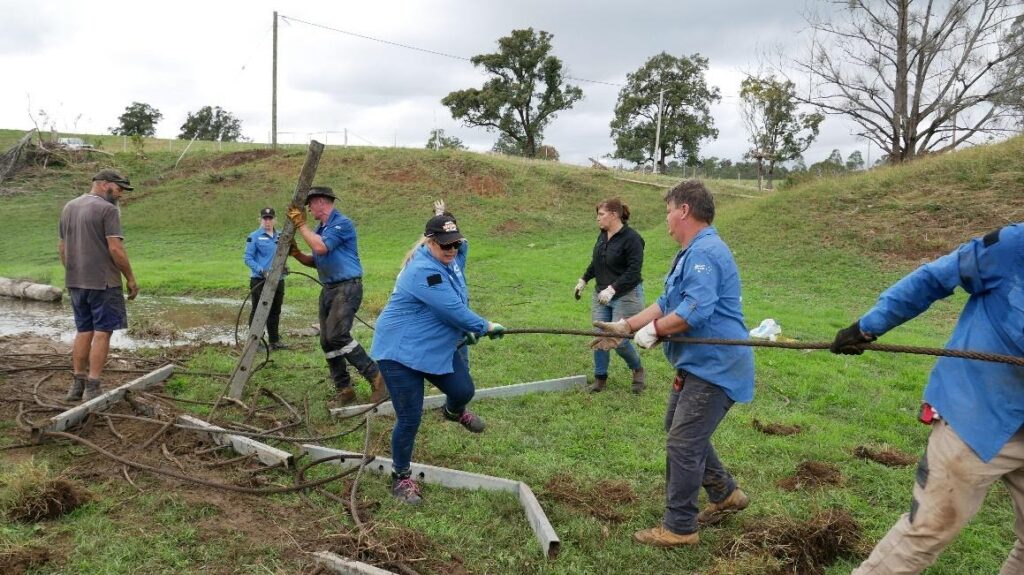 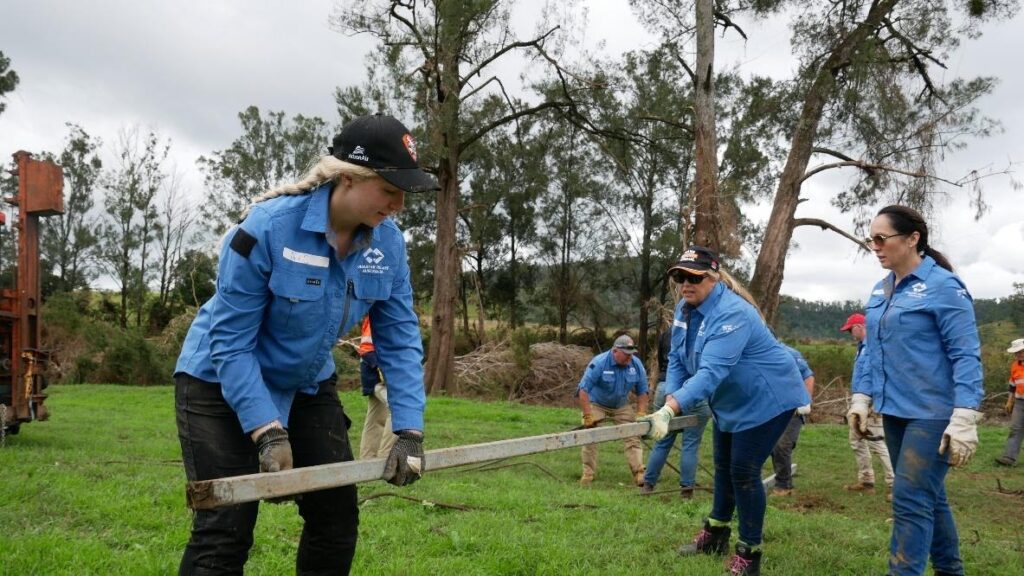 In true DRA style, the teams worked alongside the property owners, Harvey and Heather, returning a sense of normality and lifting their spirits in the joint comradery of teamwork.

As the day drew to a close, Mayor Pinson said s “Apart from the seriousness of what we are doing, we all got to know each other, share some laughs and learn new skills”. 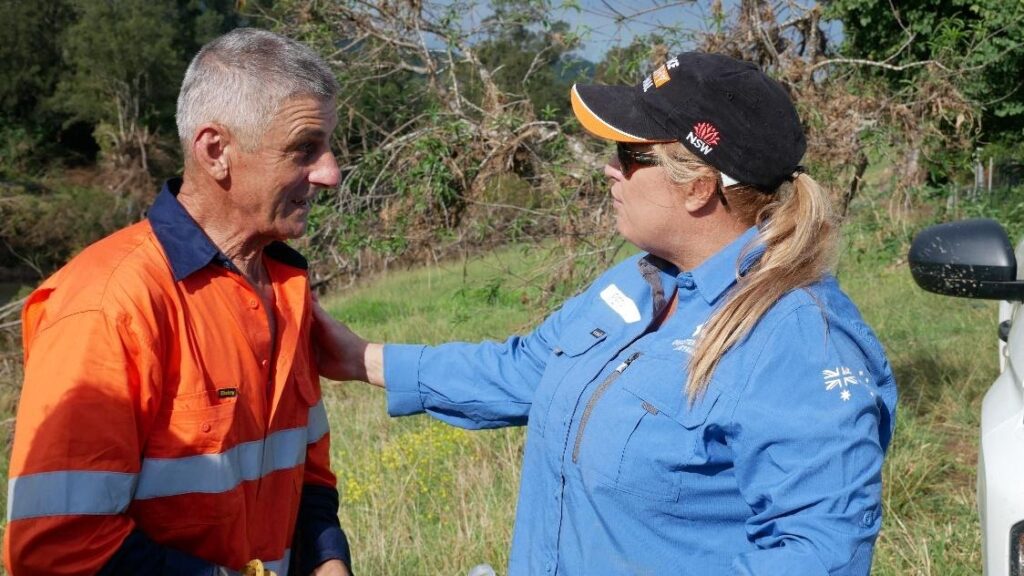