Filled with a sense of pride – civilian Michael Hoffman 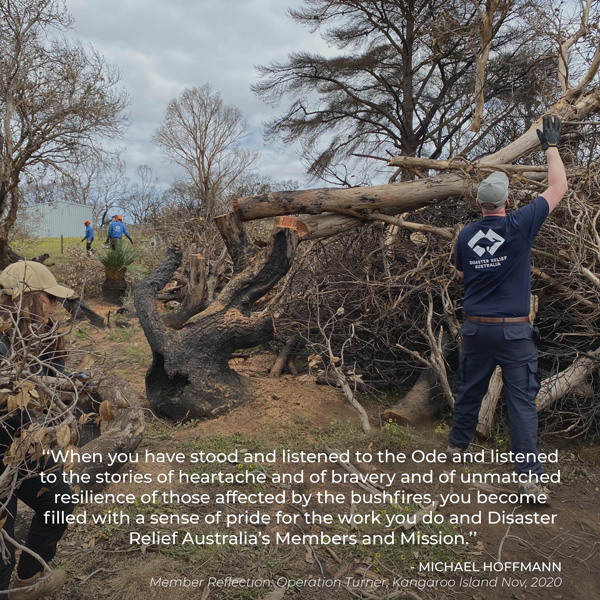 The week before I started with Disaster Relief Australia, I was lucky enough to complete one day on a Service Project in the Adelaide Hills and thought I gained an understanding of what an Operation is like from that day.

I have now been in the Op-Turner Area of Operation for six days and spent several of those days working the hardest I can recall. I realise now, I simply never had a true understanding for what an operation requires of an individual and what is involved to ensure success on the ground. I feel more connected to the entire organisation, I have been incredibly touched by the members of the Kangaroo Island community and my team mates on the ground.

When you have stood and listened to the Ode and listened to the stories of heartache and of bravery and of unmatched resilience of those affected by the bushfires, you become filled with a sense of pride for the work you do and Disaster Relief Australia’s Members and Mission.
– Michael Hoffmann