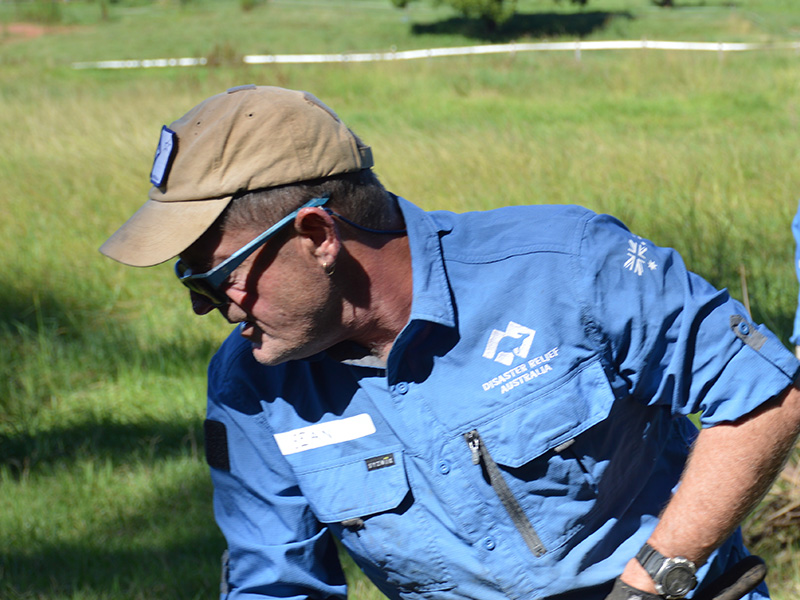 I am a civilian currently on deployment with DRA on Operation Dexter – Wave One. Yesterday, the DRA Strike Team and I attended a property in the Rosedale community that was affected by both floods and bushfires. The owner also has several health complications that make it hard for him to complete the work alone.

Our team assisted by relocating his living quarters up a steep hill on his property so that it may be in a more sheltered position, on higher ground. At first the owner was a little guarded but the team sparked some conversations with him throughout the day and included him as part of the Strike Team.

Once the shed and carport were constructed the household items and furniture were moved to higher ground and the owner was visibly relieved. This particular resident was living in humble surroundings, but even though he did not have much, what he had was precious to him and he did not want his available resources wasted. He wanted to make sure we put the carport together exactly square and was supervising our team. Towards the end of the day we had 5 team members instead of 4. It was a great day and a great team (it would be hard to find a bad team in this crew).

It gives me a feeling of accomplishment – the good feeling of helping someone in need.