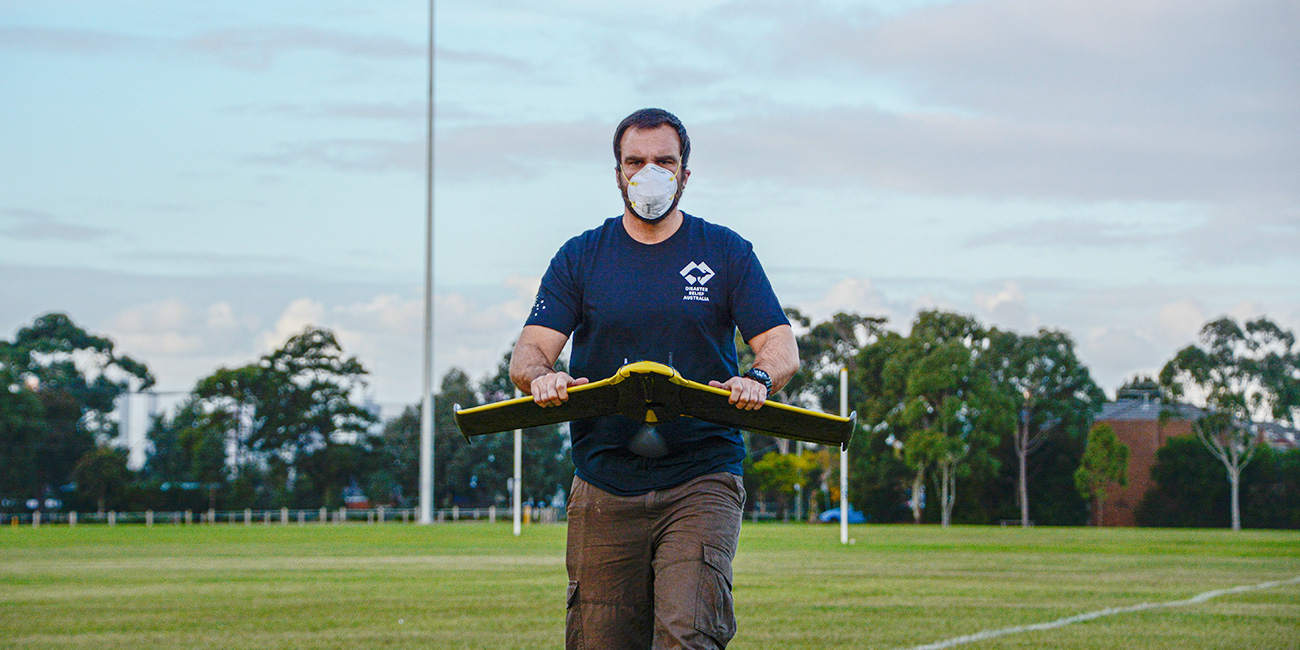 The COVID-19 pandemic has certainly stayed longer than expected, but with all its devastating effects has also brought positive outcomes, especially with the reaches of the virtual environment, we are now able to connect with people in ways that we were never forced to do so before. There have been a lot of amazing live events like the Commercial UAV Expo and AUVSI XPONENTIAL, which allowed influential people in the unmanned system space, emergency management, and disaster response from all over the world to meet and discuss important current matters.

Recently, Richard Adams, our National Director of Disaster Relief Teams (DRTs) was invited to speak on podcast show, Taming Disaster. Hosted by Christopher Todd, Rich discussed how the experience he gained working with drones in Afghanistan have been transferred to the field to help the community in emergency and disaster response.

In the podcast episode titled “Drones for Good”, he communicates how the mission of Disaster Relief Australia, which not only serves the community but provides military veterans the chance to regain a purpose, form part of a community, and find an identity while helping others.

Born and raised in New Zealand, Rich is a former British army officer, a role which saw him deploy on operations to Helmand Province, Afghanistan. After he left the army, he relocated to Victoria where he became a fire and emergency program manager, first with the Department of Environment, Land, Water and Planning, and then with Parks Victoria, where he also became PVs first Chief Remote Pilot.

In addition to managing a variety of preparedness, response and recovery programs, Rich also undertook frontline fire response roles on the ground and in the air, including during this year’s Black Summer fires. He joined what was then Team Rubicon Australia in Jul 2017, starting off as the Victorian Training Coordinator before forming our award-winning Aerial Damage Assessment Team in May 2018, and leading its first operation to Palu, Indonesia, in October 2018.

Following a stint as the Victorian State Commander in response to the 2019-20 bushfires, Rich became our National Director of DRTs in February 2020.