The Story behind Operation Dexter

Before Disaster Relief Australia (DRA) deploys for an Operation, we endeavor to research the history of veterans in the local community. We name our Operations in honour of local Defence veterans and their families. 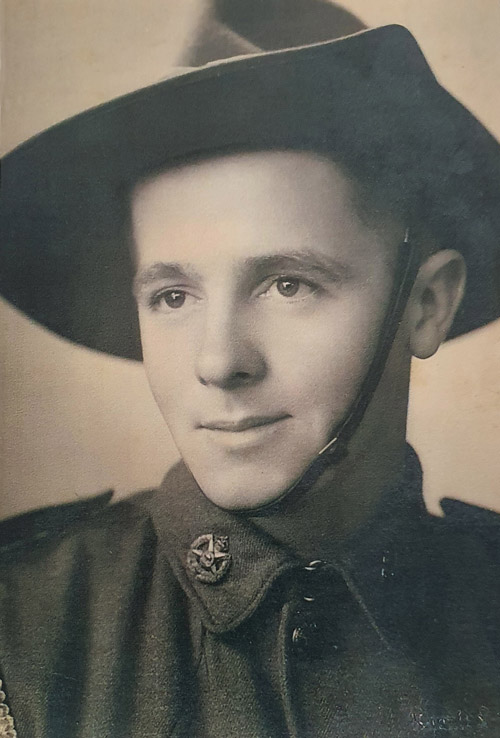 Our recent return to the Discovery Coast region of Queensland is named Operation Dexter honouring Thomas Clive Dexter, a local Australian Army veteran and Rat of Tobruk, and his wife Irene who served in the WRAAF.

Born in 1918, during the final year of World War 1, Thomas Clive Dexter grew up in Bororen, located in the Gladstone Region of Central Queensland, on ‘Stanmore’ Cattle Station where his father worked as the Station Manager.

His family remained in the area until 1922 when his parents decided Thomas, his three brothers and two sisters, needed to receive a better education, moving to Bundaberg so they could attend the East State School. Once settled, his dad bought local butchers Wolfe  & Co, changing the lease to ‘Mahony & Dexter’ Butchers.

After the Dexter Family fell on hard times, Thomas was forced to obtain whatever work he could and would often ride several hours on his bike to seek employment.

It was on one of these rides into Rosedale where he met his future wife Irene Olsen, after attending a picnic attended by local families in nearby Baffle Creek.

Irene was a local girl whose family owned a property close to Rosedale. Their courtship continued and Thomas joined the local Militia (which would be today’s Army Reserves). 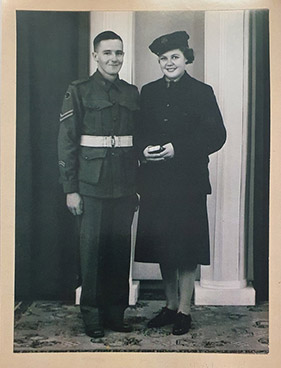 Thomas then enlisted with the Australian Army on the 20th of March 1941, seeing active service in the Middle East and New Guinea. He had his initial training in Redbank where he was part of the 2/15th Battalion, 9th Division. He was then given pre-embarkation leave in early May 1941 and shortly after was quarantined with the mumps. This proved to be a blessing for young Thomas, as that unit was sent to Crete, where the Battalion suffered heavy casualties, many soldiers were either captured or killed. After recovering toward the end of June that same year he was deployed to Tobruk, becoming one of the highly esteemed and respected Rats of Tobruk.

His time in Tobruk echoes that of his fellow Rats, constant aerial bombardment, heat, flies, fleas, dust and more dust all endured with only dugout trenches and holes for protection. Water was very scarce and often contaminated, and with their meagre rations, the Rats left Tobruk in a sorry state. However, their sacrifices were not in vain as the Siege of Tobruk was considered by many as the turning point as it was the first defeat and act of resistance that General Rommel, of the Nazi German Army, had encountered, keeping the ports on the Suez Canal out of German Control. Thomas suffered from Dysentery while there, as did most of the men.

1942 saw Thomas and his fellow Rats deployed in the Middle East, where they were in the Battle of El Alamein before returning to Australia in 1943, when Thomas was finally able to marry the love of his life Irene Olsen. 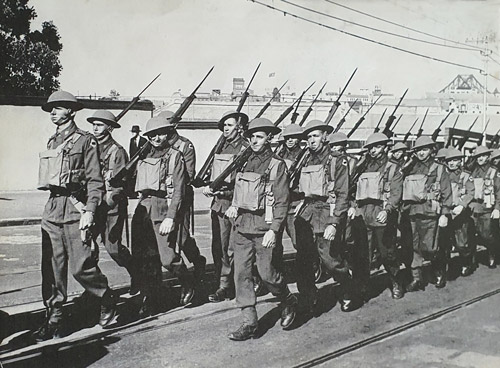 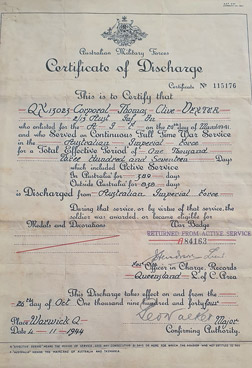 Son John, and daughter Janice, also shared with DRA the story of when Thomas received his move out orders and was on the train headed to the Atherton Tablelands for training prior to leaving for New Guinea. He jumped from the train when it neared Rosedale and returned to Irene to continue their honeymoon. He was court marshalled and lost a stripe because of this action, but it was worth the risk for the love struck couple as this was when their first born child Janice was conceived. The Dexter Family still jokes today about her being the ‘AWOL baby’.

Thomas was deployed to New Guinea where he saw action in Lae, Finschhafen and Huon Peninsula. He returned home briefly on leave and was hospitalised with Malaria. He rejoined his unit after this and was officially discharged from service on the 26th of October 1944. 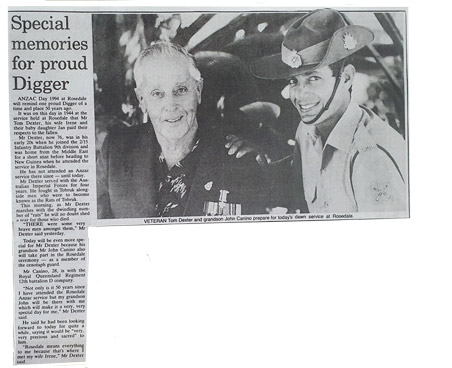 “Rosedale means everything to me because that’s where I met my wife Irene.” Thomas Dexter was honoured in a 1994 ANZAC Day news article. Read the full version.

A family in service

Thomas was not the only member of the Australian Defence Force in the Dexter Family. Older brother Roy was also a Rat of Tobruk, Ted was a Captain in Army Intelligence and John was in the Australian Army Medical Corp. His sisters were also in service to the country with Lois serving as a Captain in the Royal Australian Air Force and sister Joan, working as a Nurse.

Everyone returned home to Australia safely. After his discharge, Thomas spent some time on the family’s dairy farm in Rosedale that was owned by his mother’s parents until he felt well enough to resume some sort of normal life.

Irene served in the WRAFF from 1942 until 1943 and was based at the then Bundaberg Royal Australian Airforce Base. She served for about 12 months and was discharged on compassionate grounds. Irene was on duty when a USAF Dakota Transport aircraft crashed west of Bundaberg killing all 13 on-board.

The Dexter Family later settled in Bundaberg where Thomas worked at the Fairymead Sugar Mill before studying to become a Paymaster, a position that he held until health issues forced him into an early retirement in 1979. Thomas was able to put his Paymaster skills to use though when he joined the local RSL, taking care of the clubs’ finances.

Thomas and Irene were keen gardeners and loved to travel, seeing most of Australia on bus trips and several cruises. They even did a Remembrance Day cruise where he was honoured to be able to locate the grave sites of two of his closest mates in the Lae War Cemetery. He would have liked to have returned to Tobruk one day, however this was not to be.

He and his army mates are still held in the highest esteem and he was incredibly proud to be called a Rat of Tobruk. His children continue to be involved with the Rats of Tobruk Association and have spoken at several of their gatherings.

Thomas Clive Dexter passed away from Motor Neurone Disease in 2004. He and Irene had been married for 61 years.

Rosedale RSL Chapter President, Henry Higgins confirmed that Thomas and Irene were an excellent choice for the DRA Operation as they were highly regarded and respected members of the community.

We would like to take this opportunity to sincerely thank Thomas and Irene for their service. We appreciate his children, John and Janice in taking the time to come and visit our Disaster Relief Team in Rosedale and share the family history and service background of their parents and the Dexter family.