Disaster Relief Australia will help people rebuild their lives.
But we can’t do it alone.
We need your help 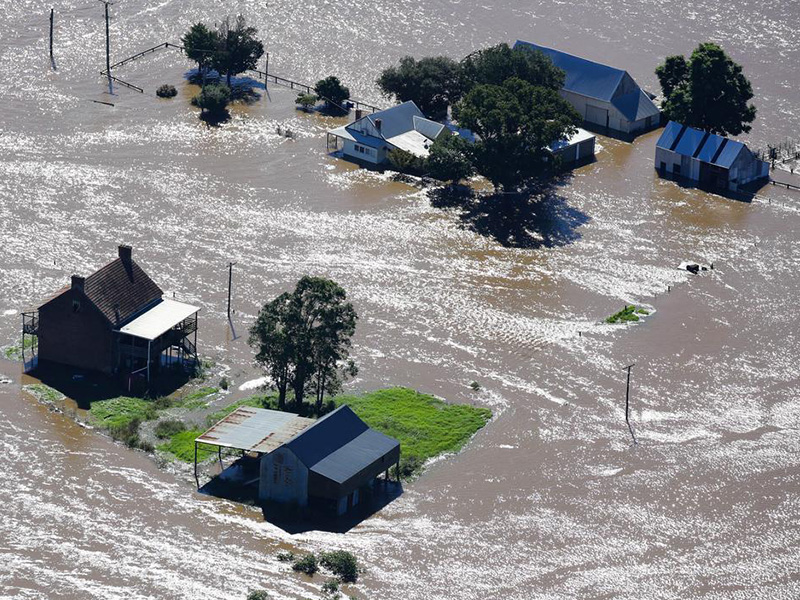 Tens of thousands of people in New South Wales were ordered to evacuate their homes after floods hit the region for the fourth time in a year. In some areas flood levels have exceeded those in March and April, just a few months ago. The destruction is widespread. Communities have watched hopelessly in disbelief as their livelihoods wash away. The crisis is far from over. For so many, it has just begun.

The rising flood waters and flash flooding has devastated Australian communities. 5 months on in Lismore, more than 1000 people are still homeless and living in emergency accommodation. Only 20 percent of businesses are open. Others are staying with family and friends or camping out on their properties. Displaced residents are couch surfing and living in tents or cars, while some have returned to uninhabitable, mould-infested homes.  The floods have destroyed lives and ripped families apart.  They need help. Your help.

Once the waters subside and the media has moved on to their next story, the community is left alone to pick up the pieces. This is when Disaster Relief Australia volunteers come in to undertake the back breaking work that so many need help with.

There is a long road to recovery for thousands of people.

A week, month, years later, our volunteers will be there continuing to assist to keep the community safe and get residents back into their homes. 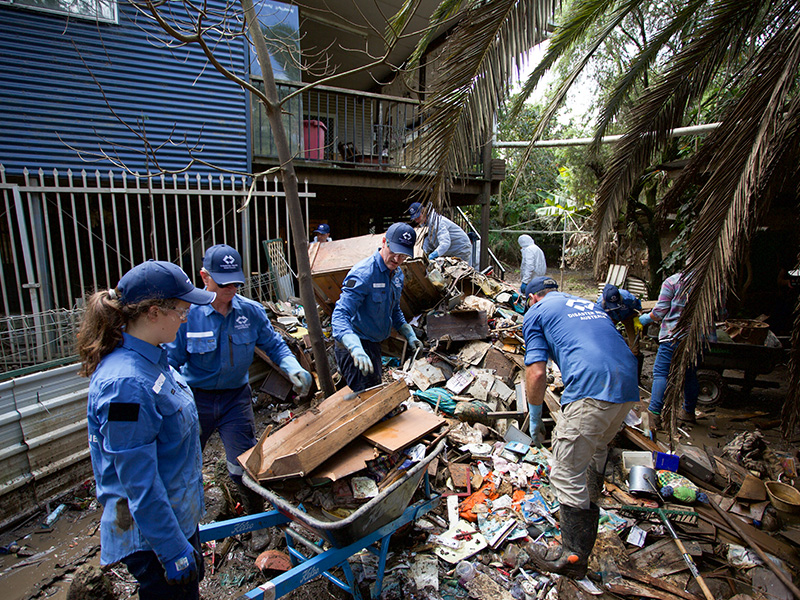 DONATE IN SUPPORT OF THE FLOODS TODAY

HOW TO SUPPORT THOSE IMPACTED BY THE NSW FLOODS FAQ’S

Who are Disaster Relief Australia?

Disaster Relief Australia (DRA) unites the skills and experiences of military veterans with first responders to rapidly deploy emergency response teams in Australia and around the world. DRA is a not for profit organisation offering veterans a chance to continue their service by helping and empowering those afflicted by disasters, and also themselves. When disaster strikes, we work hard to help the most vulnerable in need.

Programs and services are made possible by the support of individual donors, corporate partners, and the dedication of volunteers across the country.

Is my donation tax deductible?

What happens if Disaster Relief Australia raises more than you need for this disaster?

If the funds exceed the cost of our recovery operation, the excess will be used to restock and repair our equipment so we are ready for the next occurrence. Unfortunately disasters are becoming more frequent and intense. Extra funds allows us to be ready to pack our bags and deploy.

Did you use all the funds raised from the QLD and NSW Flood Appeal earlier this year?

Disaster Relief Australia raised over $800,000 to be used to assist Australian communities affected by the floods ion QLD and NSW in March and April. Having just over $100,000 left enables us to plan another Operation in the region to assist the people that are still hurting. We are planning to redeploy to the Northern NSW region in mid-August.

Disaster Relief Australia does not provide financial assistance. Disaster Relief Australia provides disaster recovery services. Disaster Assist Australia contains a map to search to find the Local Government Areas which have been declared natural disasters. People in those areas can then apply for disaster recovery payments. The page is updated as each State and Territory makes natural disaster declarations. This information can be found at Disaster Assist.