Geoff served as a member of the Australian Army’s Special Operations Command as both a commissioned and non-commissioned officer for 20 years. During which time, served four operational deployments before being wounded in action in Afghanistan in December 2010.

He has also served as fire fighter with Fire and Rescue NSW for 13 years, founded Homes for Heroes in 2013 to support homeless veterans and their families, and has been appointed to 2 terms on the Prime Ministerial Advisory Council on Veterans Mental Health.

Appointed as the Chief Executive Officer, in January 2017, Mr Evans holds a BA focused on international relations from Deakin University and is a graduate of the Australian Institute of Company Directors. 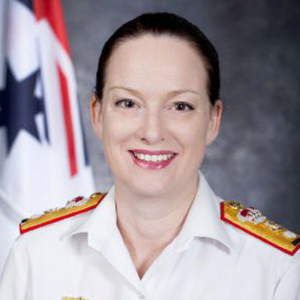 Rodney Hyman AM, is a Director of DRA. Rod is Valuation Counsel at RHAS, a business division of Aon Plc and consults independently. Rod has supported a range of charitable institutions at various times over his career including the Parramatta Mission, Lindfield Synagogue, Kehillat Masada, Variety Club and the National Council of Jewish Women, to name a few. Rod is also an elected Deputy of the NSW Jewish Board of Deputies, the roof body of NSW Jewry. In 2007 Rod was appointed a Life Fellow of the Australian Property Institute and in 2012 a Member of the Order of Australia.

Will McNulty is a Director of DRA. William is an ex Marine who served in both the infantry and intelligence. William holds a B.A. in Economics and Communication Studies from the University of Kansas and an M.A. in Government from The Johns Hopkins University. William serves on the Board of Directors for Airlink Flight, the Advisory Board for the Truman National Security Project, and is a member of the Council on Foreign Relations.

Major General (Ret) Michael Slater AO, DSC, CSC (Board Member). During his military career, he commanded at all levels of the Army from platoon to brigade level. In January 2011, Michael was appointed to lead the Flood Recovery Taskforce overseeing recovery from the 2010–2011 Queensland floods. This Taskforce subsequently transitioned into the Queensland Reconstruction Authority, where Michael remained until 31 August 2011. Michael was appointed an Officer of the Order of Australia in the 2012 Australia Day Honours List. Michael has since retired to the NSW East-Coast, from where he conducts occasional consultancy work. 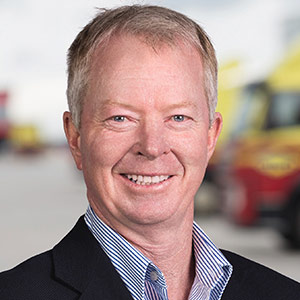 David Smith, AM, DSM | Board member

Dave Smith served for over 34 years in the Australian Army, eventually reaching the rank of Brigadier. During his service he commanded at every level from platoon to brigade and saw operational service in East Timor, Solomon Islands and Afghanistan. He also held a number of key staff appointments focussing on strategic planning, strategy implementation and strategic risk management, seeing him make a noteworthy contribution to Australian Defence Force modernisation. 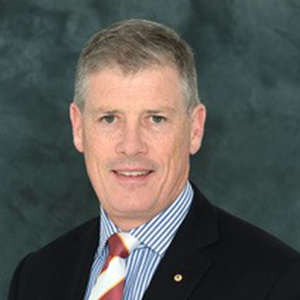