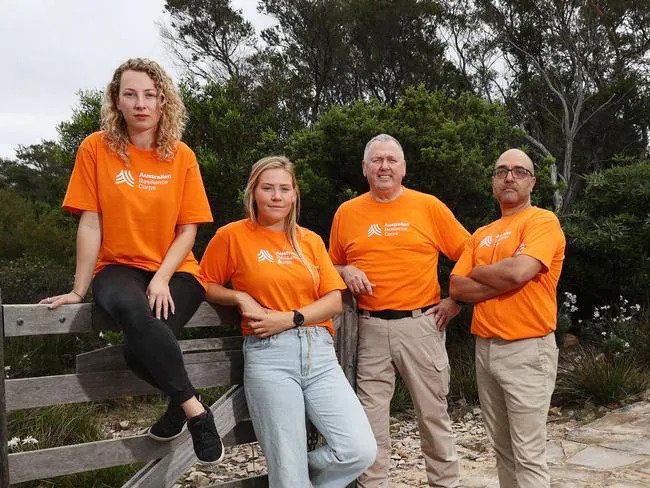 Young people and volunteers from across Australia are being called upon to join a new disaster army to defend the country against fire and flood in a national service-style campaign to be launched today.

The new “Australian Resilience Corps” is an unprecedented joining of community groups and organisations from across the country into a single national force to combat and prep against natural disasters.

It will train volunteers in everything from landscape and property management to mental health and resilience planning and aims to be the nation’s largest on-call volunteer and training resource for the preparation for and protection against fire and flood.

The Resilience Corps brings together a coalition of groups including Disaster Relief Australia.

South Australian farmer Anastasia Bougesis works with Disaster Relief Australia and has seen the aftermath of disasters, inspiring her to want to fight them before they begin.

“We support individuals and communities who have been affected by disasters and help them on their recovery journey,” she said. “Some days we can be out using chainsaws, fencing, sifting ashes or removing structures. We really do whatever it takes to get people back on their feet.”

Disaster Relief Australia CEO Geoff Evans said volunteerism is an Australian way of life and deeply rewarding to those who take up the challenge with limited opportunity previously for volunteers to offer their time ahead of disasters.

“It is already too late once there is smoke on the horizon. The Australian Resilience Corps provides a crucial opportunity for communities to come together and volunteer to mitigate and prepare for disasters. Resilient communities cope better with the impact of disasters and bounce back faster. With almost half of the Australian population living in communities that have a low-to-moderate level of disaster resilience there is much work to be done. DRA is proud to be part of this leading effort.”

Read the media release at minderoo.org

For more information go to resiliencecorps.org.au