Traill Family | The Story Behind the Name

Operation Traill is named for a family of Coolah dedicated to service.

The name Traill has great meaning in the town of Coolah, with the infamous Dr Rowland John Traill settling down in 1852 at Collaroy Station where he served as a well trusted pastoralist until his last day, he died in 1873. His beautiful wife Elizabeth Hannah (nee Windeyer) gave him 8 sons, and of these the pair had many grandchildren, four of which went on to serve in World War 1.

These three brave men and one brave woman made history, representing their area and their country with valour. 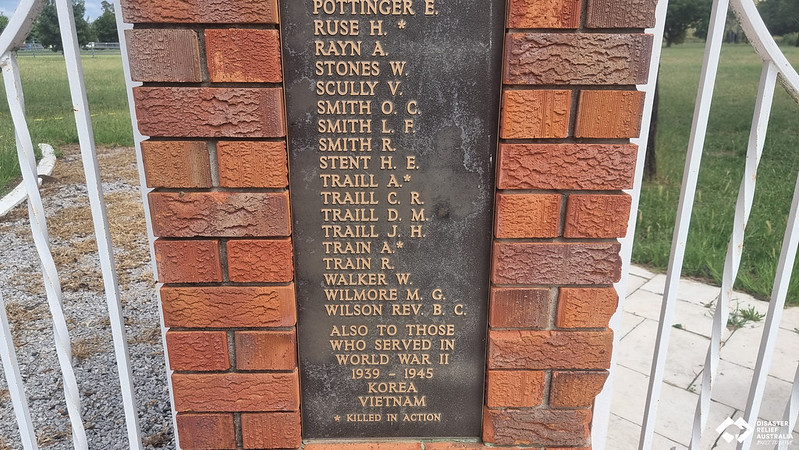 Cecil Raymond Traill, fourth son of Mark Windeyer Traill, was in the Royal Flying Corps in England and flew the Sopwith Camel fighter aircraft. He represented the Australian Division of the Flying Corps in a tennis match against King George V and his team, later he was presented with a memento inscribed by the King.

Arthur Cecil Traill, second son of Arthur Irby Traill, enlisted on the 16th October 1916, and lost his life on 26th May, 1918. He died in Flanders, as a Seargent within the Machine Gun Section with the A.I. F. He and his wife wed in 1915, however, due to complications Florence passed away during childbirth and their daughter was adopted by her aunt.

Dorothy Maud Traill, second daughter of Arthur Irby Traill was a nursing sister with the 14th General Hospital A.I.F. in Egypt, after having trained as a general nurse at the Royal Prince Alfred Hospital, at a time when it was unusual for women to have such a career. She did private nursing after the war and was a dedicated worker for the Mission to Seamen and the Red Cross. Her fiancé was an English officer who died in Flanders and is buried in France.

James Hamilton Traill, youngest child of Arthur Irby Traill was awarded the Distinguished Flying Cross in 1918 for gallantry in flying operations against the enemy. On 24th August Lieutenant Peters with Lieutenant Traill as observer in company with another machine attacked 7 hostile aeroplanes; they succeeded in crashing 2 and drove down a third out of control.

This is only one instance out of many in which these officers have displayed marked skill and gallantry in attacking and destroying enemy aircraft. Their keenness and devotion to duty in aerial combats and in attacking ground targets sets a fine example to others. He initially enlisted in the 1st Light Horse Regiment, was at Gallipoli, and later transferred to the 4th Australian Camel Corps, and then attached to the Australian Flying Corps.