I Have Hope Again – Takeshi 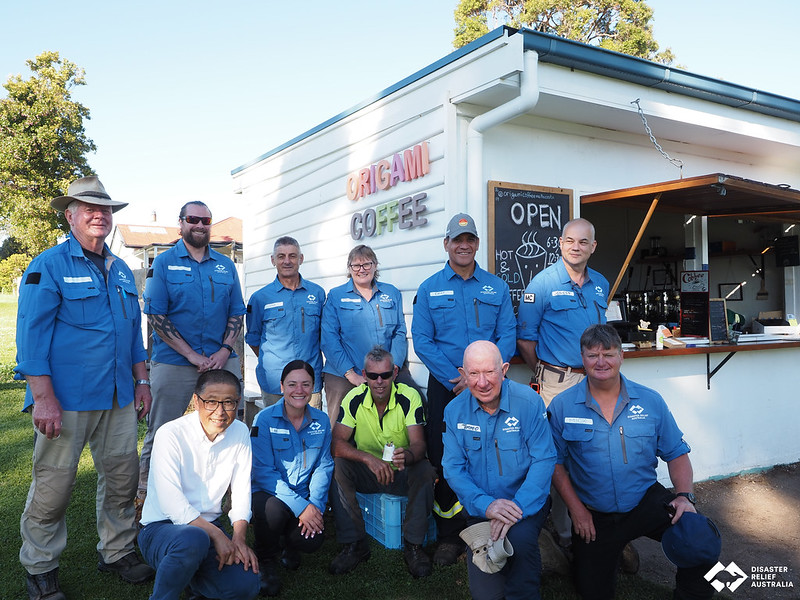 The day the fires came into Mallacoota a farmer friend told me it is really coming. My house is on the outskirts of Mallacoota, my driveway is quite long, so I thought, if I stay, I won’t know if the fire comes to us, so decided to go to the shop. I planned to camp just overnight, just in case. But then the fire did come.

It wasn’t long before we lost power so started my generator after checking with the fire brigade, and started making coffee. People came and then I don’t know what time, it got really really dark. I couldn’t see because I didn’t have lights. I put my mobile phone up on the shelf so I could see the machine, my grinder Mythos has a light, I never knew what this was for but it was really handy that night. I kept making coffee, fire engines started circling, I thought I should get out but many people wanted to go to the lake on their boats and wanted a takeaway coffee, and there was actually quite a queue. We couldn’t even see the money, so I thought okay, I will just keep making it till the line ends and the last person in the queue was actually a local CFA guy. I asked him what does this mean, what should we do? He said we should go to safe places for the community, but he wanted his coffee first.

I was at the wharf, a lot of people were there and it felt safe because the fire engines and the ambulance people were there, but people were shocked. We kept hearing gas cylinders popping, we could see flaming houses, and then suddenly it became very cold when the font came through. So it was surreal, the skies were beautiful, different collars, dramatic but very overwhelming.

I made coffee again after the fire passed. Then I ended up staying here in the shop for maybe 14 days. The caravan park was very helpful, they made the facility available to everyone, so I could shower there. I would set the alarm clock to wake up at about midnight, Victorian police people came maybe six maybe eight people who have to go away to man a couple of roadblocks on the highway. That was fun, I was in my pyjamas and the shutter was sort of half-open. Police cars would come and people in uniform would buy coffees. For me that was funny.

Someone encouraged me to go to the Bush Fire Recovery Centre just before Christmas last year, I was assigned a case manager. She told me that Disaster Relief Australia is planning to come to Mallacoota and maybe they can help me. Darren and Peter came to meet me and unfortunately they had to leave because of the COVID and the lack of accommodation.

I have about two acres, I used to grow veggies and I used to enjoy the property but a few things happened and it started to get let go. Since the fires my mental health hasn’t been good, especially in winter, I really couldn’t do much at all. So everything really grew and grew, until the house was almost invisible. I used to hear branches, rubbing against weatherboards or the tin roof, it sounded like the house was screaming.

Disaster Relief Australia made a big difference, about a dozen or so people did a massive job over two days, everything that I wanted to go has gone. Now I have hope again, I feel hope that maybe I can like the place again, I feel good. Now I can feel and see the kindness of people that will help me restart. I haven’t had hope for quite a while.