Positive About the Future – David 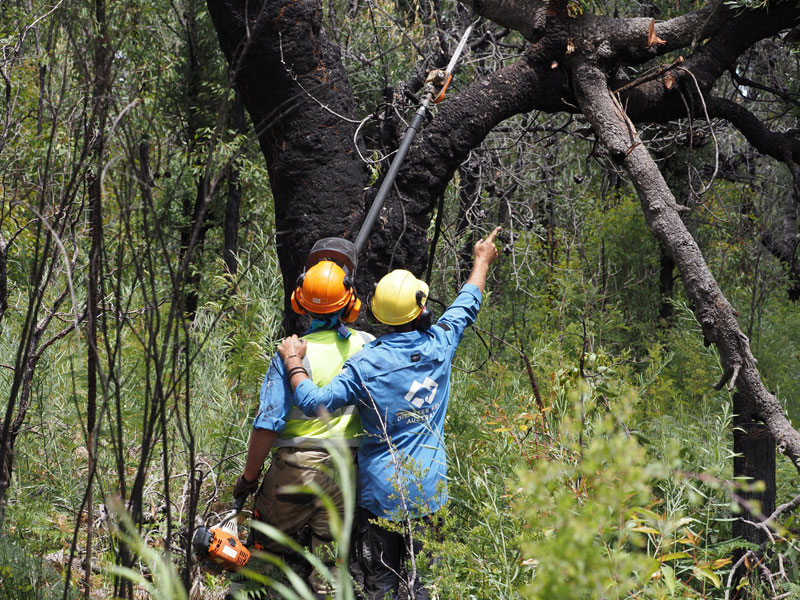 Before moving to Gipsy Point in 2009, I was living in Melbourne and just felt like a tree and sea change, I’ve been here about 12 years now with my partner and our dog Trixie.

The day the fire came through was pretty heavy, we had been watching it on the internet for a few days and we knew it was heading our way, it was a pretty tricky situation because we knew that the resources were spread very thin. All we had was one Land Cruiser ‘slip-on’ that has 400 letters of water. So we had to be pretty careful, we could have done with some more help, but it was what it was and we just made it a priority to protect life.

As the fire came closer the scale of it made me quite concerned for the safety of the people in Gipsy Point. I had been mucking around up on my property, but quickly realised I needed to just fall back to make sure everyone was prepared and okay, because if I was there was a chance the fire could have got behind me and could have been really bad. So I made the decision just to leave our property and defend that little township down the road.

The first fire front came through and we’re actually pretty lucky in that the wind wasn’t as crazy as it might have been. Soon enough one house went up, we just can’t fight a structure fire with a slip on. Especially without mains water, it’s all tanks and with no electricity most of the pumps being electric means we have no pressure.

The fire pretty much burnt all of the property, we lost the house, two cabins, a caravan, and the tracker. I got a couple of car loads out and some motorbikes.

It’s been a tough few years for us. We have been busy working and trying to figure things out. We’ve only been back out on the block for less than a year, I’ve had limited time and I’ve lost a lot of my tools and equipment. So what Disaster Relief Australia did in one day would have taken me weeks, if not months, you know, so yeah, we’re really grateful. It’s been very nice to meet all your people. Down the track I might have to sign up with Disaster Relief Australia, get involved and pass on the help.