Caught Everybody by Surprise, Tony Carusi Thanks 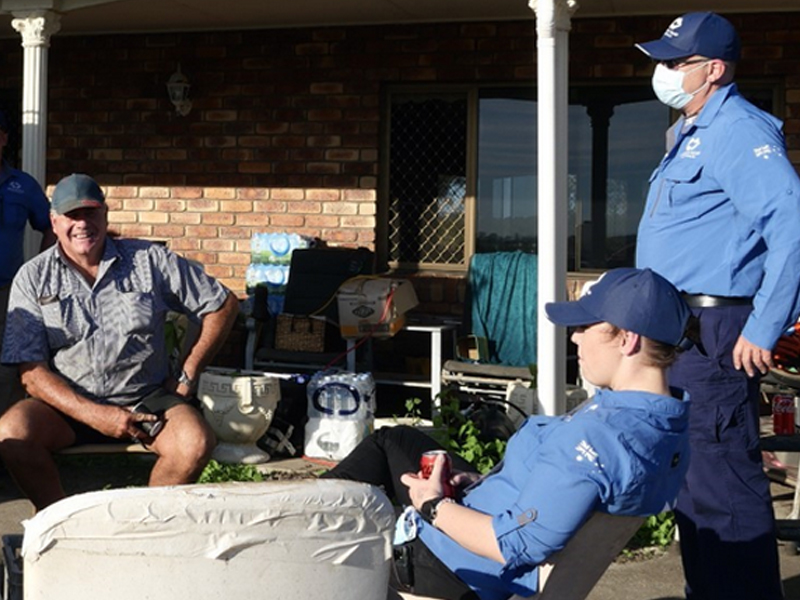 The floods caught us. They caught everybody by surprise. The magnitude and the speed with which the flood came up; the hundred-year flood is nothing compared to this one.

We were awake all night. We’d put our heads down for ten minutes and then jump up to see where the water level was. We came to the realisation that it just wasn’t going to stop, it just kept coming.

When the flood entered the house at 3am in the morning,  I just sort of let go and realised that this is beyond anything that I’ve experienced or known.  It became about making sure everybody in the house was safe and that we could get out.

We started making preparations in case we needed to get into the ceiling. Daylight came and we made our way out of the house. There was a boat waiting, local people from Woodburn who said, ‘we’re here to pick you up.’

The relief centre was rough. There was just nothing there – no food, no water. IGA was great. They allowed us to go raid their storeroom and fridges. We all just grabbed what we could in three minutes. That’s what we used to feed everybody in the first two days.

It was fortuitous to run into Disaster Relief Australia at the bakery. To be honest, it was a really great surprise that you did everything that you said you were going to do; we didn’t get that with everyone.

It had been doing our heads in, moving things backwards and forwards. But then DRA moved in and whoopa! Incredible.

I commend you on your organisational skills and your professionalism. I can’t speak highly enough – it’s been brilliant. What you do is incredibly uplifting, and it’s given us that much of a push along the track to at least be able to have somewhere to live and get a bit of normality back into our lives. You couldn’t have done anything better.

I hope that down the track we can pay it back by helping someone else.