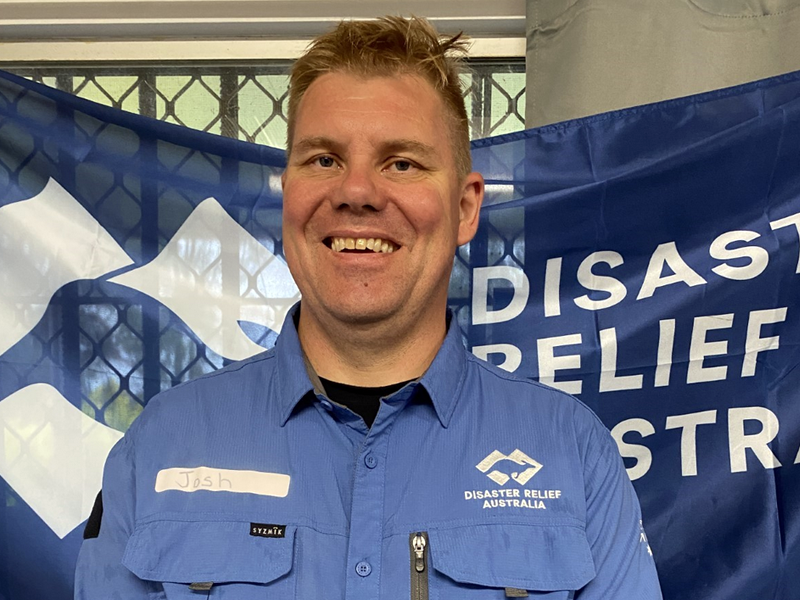 My military service began at age 17 as an Army reservist, with the 2/17 Battalion, Royal New South Wales Regiment. Based in Blacktown, Sydney. Not long prior, I completed year ten and had an apprenticeship fall through. It was a friend in the reserves who drew my interest towards formal military service, at a time in which I was rather directionless.

I later came to join the police force, followed by the Australian Regular Army as a full-time soldier. I served with the 1st Battalion, Royal Australian Regiment, and 2 Commando Regiment.

By trade, I am a fitter and turner, although I received formal training in psychology during military service. My study has progressed to the point of internship and graduating with honours in my field.

Disaster Relief Australia caught my attention through social media, I subsequently applied and secured membership, training and operational deployments. I arrived in Coraki to fill a welfare role during our second operational week and decided to return shortly after to continue facilitating direct support of the vulnerable.

Manually laborious work is within my scope, but my primary concern is with the psychological welfare of community members and the DRA team. I view this role as essential, and achievable through a degree of compassion, care and positive support through empowerment.